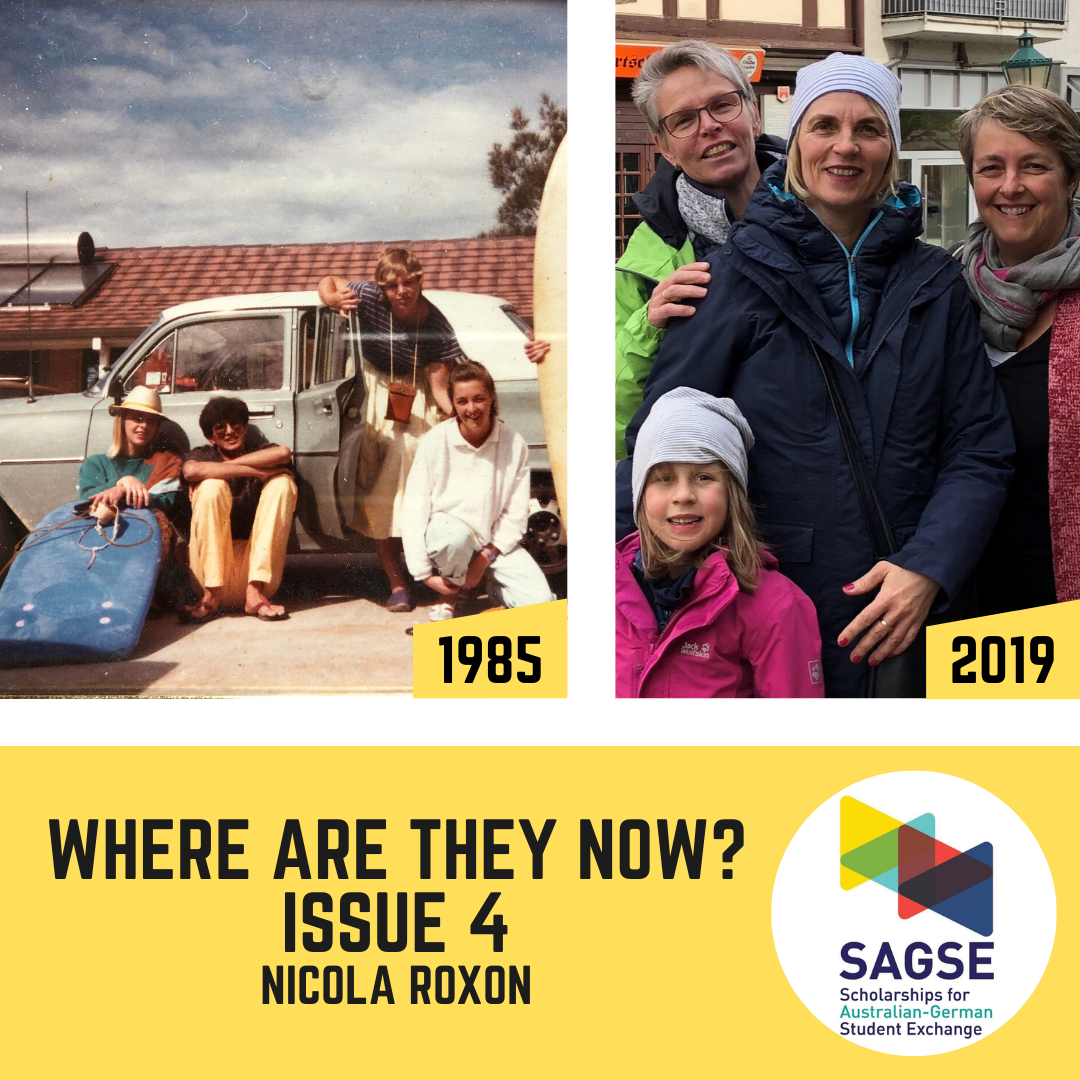 Our SAGSE scholarship recipients of 2019/20 are settled in over in Germany, and have by now attended winter camp and done their free travel. We continue to take a look at what has become of some of our many hundreds of Aussie GASSies from the past 52 years. Today we have a special treat for you, in former Federal Minister for Health and Attorney General, Ms Nicola Roxon.

Nicola is pictured on the left, not on her exchange visit to Hannover in 1983, but when her host sister Beate visited her in Australia and they went on a roadtrip together a year or two later. Nicola is sitting in front of the car next to the surfboard and Beate is behind her in the car. Nicola, like many of us, has maintained her contact with her host family, and is pictured on the right during a visit to Hannover in 2019, with Beate, her sister Sabine (who also hosted in 1986 / 87 and subsequently came to Australia), and Sabine's daughter. Beate's son Ole came to Australia for a year back in 2008. He attended Westbourne Grammar School and came to the SAGSE Gala Dinner that year, when Nicola was our very special guest.

An Interview with Nicola

A memory / anecdote from your exchange: I still have two strong memories from my very first day in Hannover: the horror of struggling to understand my host father's explanation of time differences in German and the delight of being introduced to Ritter Sport chocolate, ensuring life long devotion to a new brand. Being held at Checkpoint Charlie for several hours was the most dramatic!

Studies on return from exchange: BA/LLB (Hons) at Melbourne

What are you doing now? I am Chairman of HESTA, an industry super fund for health and community workers.

How the SAGSE exchange experience influenced your life's journey: It cemented with me an interest in other cultures, a determination to travel and a lasting friendship of a second family halfway around the world.