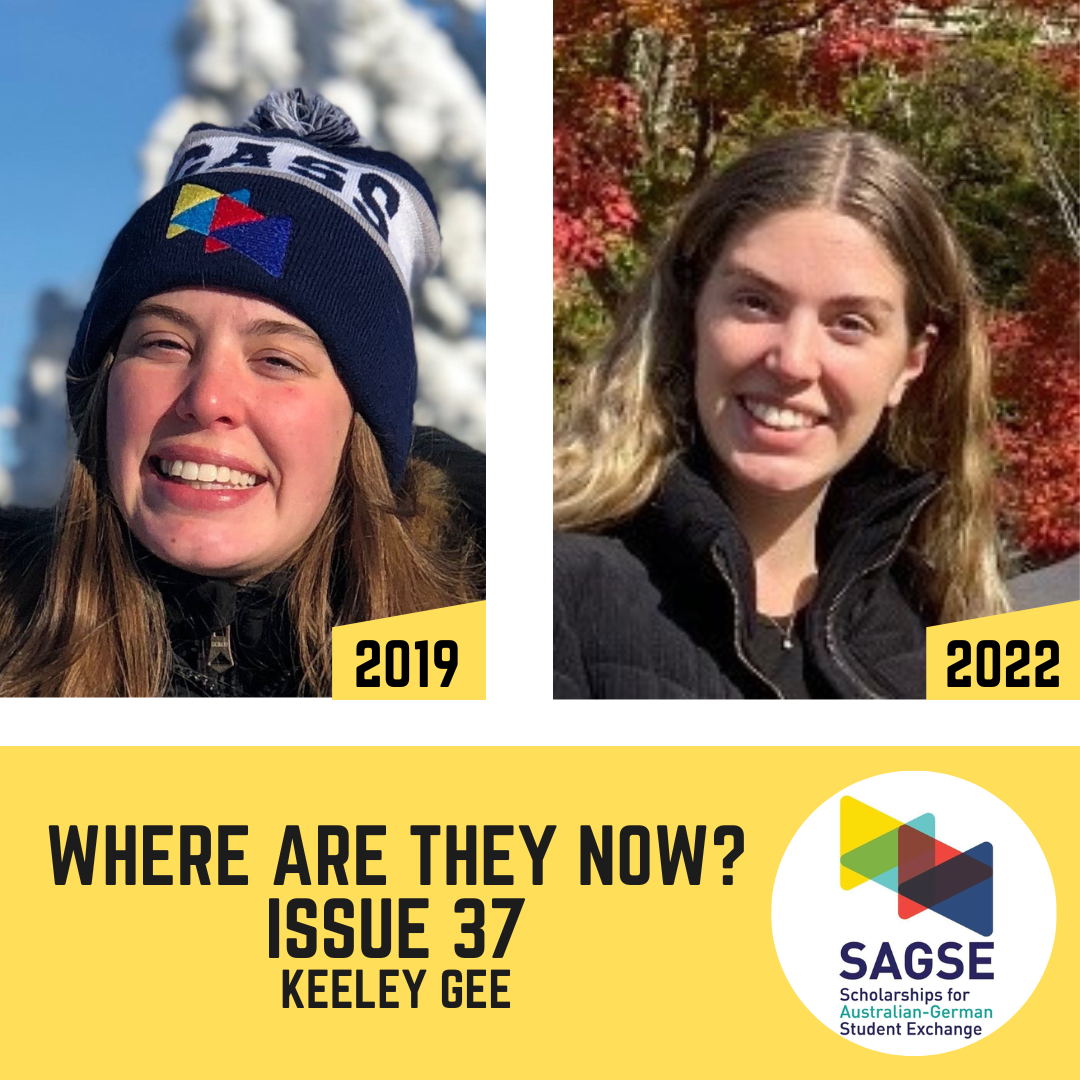 A look into our Past, Present and Future

As our current brand new stipis settle in to their exchange over in a German winter, it seems appropriate to look back at someone who went with the last group. Keeley from Perth was in Germany when the pandemic was just starting to make itself felt. Fortunately though, this group got their full exchange in, before all the restrictions started. Keeley writes to us from Japan, where she has been investigating the serious topic of dealing with the horrors of the past, a very real topic known in Germany as Vergangenheitsbewältigung. Interestingly, Keeley is following in the footsteps of another WA Stipi from 2015, Stephanie Winter, who has also done the same course in Japan.

Some Lasting Memories from you Exchange

An unforgettable memory I have was travelling to the Bavarian Forest with my host family. It was the first time I had seen ‘proper’ snow and it was lovely to spend more time all together, as everyone was often very busy with work and studying while we were at home. Another very fond memory was Christmas, as it was amazing to try lots of delicious traditional German meals and be warmly welcomed as part of the family, even from extended relatives that I had not met before. However, Christmas that year felt very different for me, mainly because it felt so wrong that the weather was cold. It was a similar experience for my host family, when I told them that my family in Australia often visits the beach on Christmas morning, followed by a BBQ breakfast.

I am currently studying a Bachelor of Arts, majoring in Business Law and German Studies at the University of Western Australia.

I have just started a traineeship in Trust and Risk at PriceWaterhouseCoopers (PwC), which will last for around 2 years while I finish my undergraduate study. I am excited to see where this opportunity will take me, as I am still unsure if I would like to pursue the Juris Doctor after my undergraduate studies are complete.

I am currently in Japan completing an intensive research unit through UWA in partnership with the University of Tokyo to study the concept of Vergangenheitsbewältigung (dealing with the past) and Erinnerungskultur (remembrance culture), specifically regarding the Second World War. The unit focusses on the different approaches of both Germany and Japan in dealing with and remembering the atrocities committed by both countries during this time period.The most interesting part of my research so far has been the opportunity to speak openly to Japanese students about this relatively controversial topic. For me it was quite shocking to find out that most young Japanese people know close to nothing about the war, let alone the acts committed by the Japanese Imperial Army in occupied territories. This is in complete contrast to how Germany has dealt with the legacy of the Holocaust and National Socialists, which some have said is taught too much in schools. The Second World War is still quite a taboo topic in Japan, which has been highly criticised by their neighbouring countries, along with some western countries, including the USA. Unlike in Germany, the Japanese have employed revisionism in order to forget the past, rather than using their past as an opportunity to learn from.  I have also had the opportunity to visit the Australian and German embassies in Tokyo, along with some more ‘touristy’ sights, which has made this trip a very memorable one.

How did your SAGSE Exchange influence your life's journey?

The reason why I have gotten this opportunity to come to Japan is because of my German major as a part of my degree, which I don’t think I would be studying if it wasn’t for my SAGSE exchange. My experiences on exchange instilled in me a love for the German language and culture as well as a passion for travelling in general. Through the whole exchange experience, I learned how to be more independent, resilient, and self-confident, which has helped me immensely to be more comfortable when working outside of my comfort zone.

After getting back from this trip, I know it is not going to be long before I get the travel bug again, so I am definitely looking to travel to Europe and potentially around North and South America.

For our first edition for 2023, we will take a look at one of many GASSies who were so inspired by their exchange that they went on to become German teachers. This teacher has had 18 students go on SAGSE exchanges over the past 25 years, including one who is over there right now.