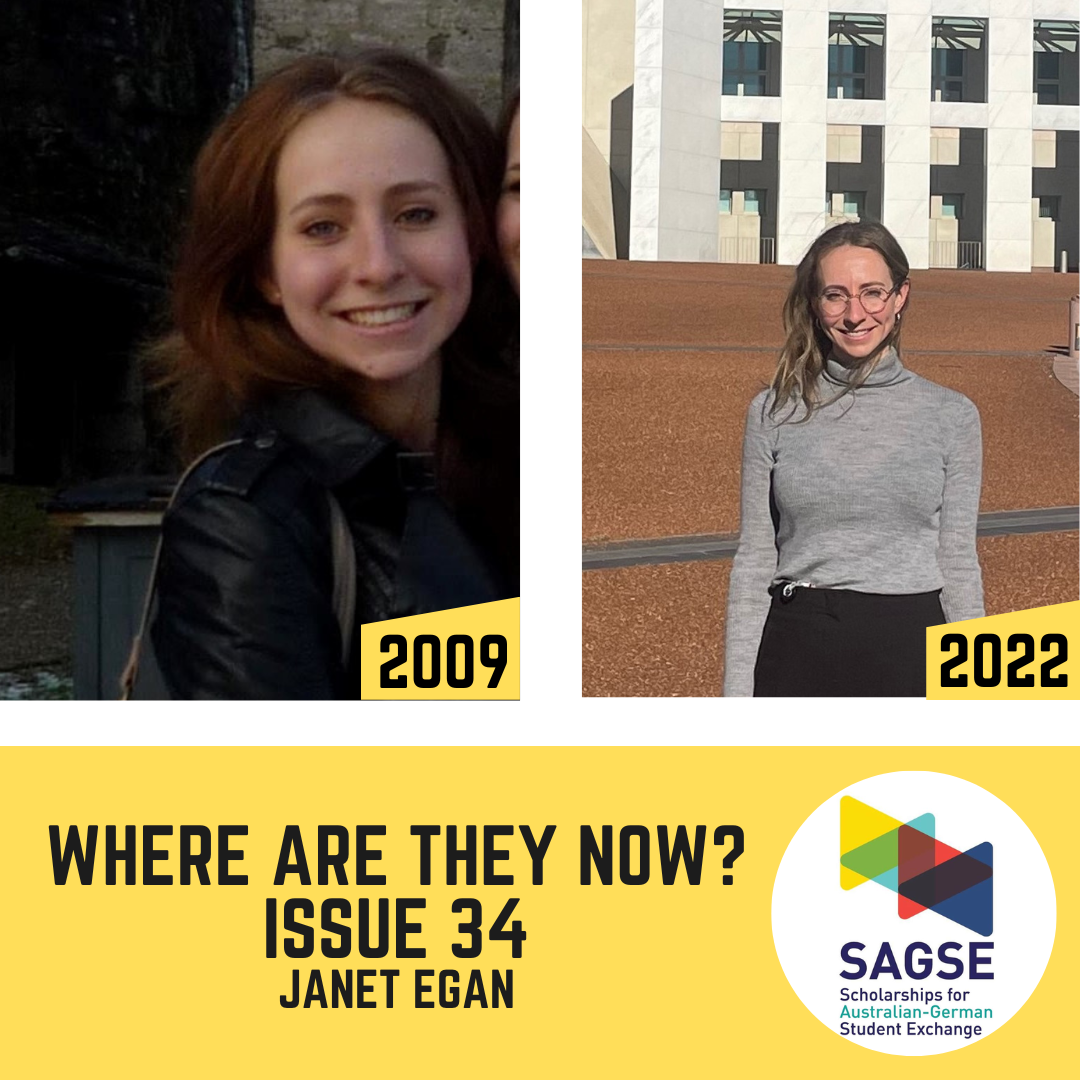 A look at our Past present and Future

This month's article comes to you from an alumna who usually strolls the halls of power in our nation's capital. But right now, 2009 stipi Janet Egan is completing some further studies at Harvard University. Following her SAGSE Exchange in a town near Schwäbisch Hall, Janet has gone on to a senior position in the Department of Prime Minister and Cabinet.

A lasting memory from your Exchange

My incredible host family was the highlight of my exchange. From gathering every day to eat traditional and delicious German meals, to weekend expeditions to castles and old towns in the region, to visits with Oma and Opa - I was privileged to be welcomed by such warm and loving people, and to immerse myself in German life.

I'll also never forget my host family taking me skiing for the first time. They hadn't comprehended that I had never skied before. Nor had I understood that some kind of practice might be required before setting off from the top of an Austrian ski run. I made it out alive, but have never been so bruised in my life!

I received my Bachelor of Arts from Monash University, with majors in philosophy and German studies. I was fortunate to return to Germany as part of this, supported by a DAAD scholarship.

I've been working as a public policy professional, focusing on issues at the intersection of national security and economic policy. Since commencing my public service career as a graduate at the Department of the Prime Minister and Cabinet (PM&C), I've worked in a number of Federal Government agencies on issues such as cyber security, emerging technology, critical infrastructure and broader national security. Most recently I've been the Director of Policy in the Office of Supply Chain Resilience in PM&C, working on domestic and international responses to critical supply chain issues.

I'm currently a John F. Kennedy Fellow and Ramsay Fellow, studying a Master of Public Policy at Harvard University in the United States, exploring how we can better integrate security, economic and international considerations into policy making, particularly in areas such as clean energy.

My SAGSE exchange to Germany was a formative experience in my life. It broadened my horizons and gave me the confidence to embark on a Gap Year in Europe (during which I found ample excuses to visit my German host family!). It instilled in me an interest in international issues, which shaped my interest in public service. SAGSE has built a strong, vibrant community of people with a global perspective - I'm so grateful for the deep friendships and connections I made in Germany and since!