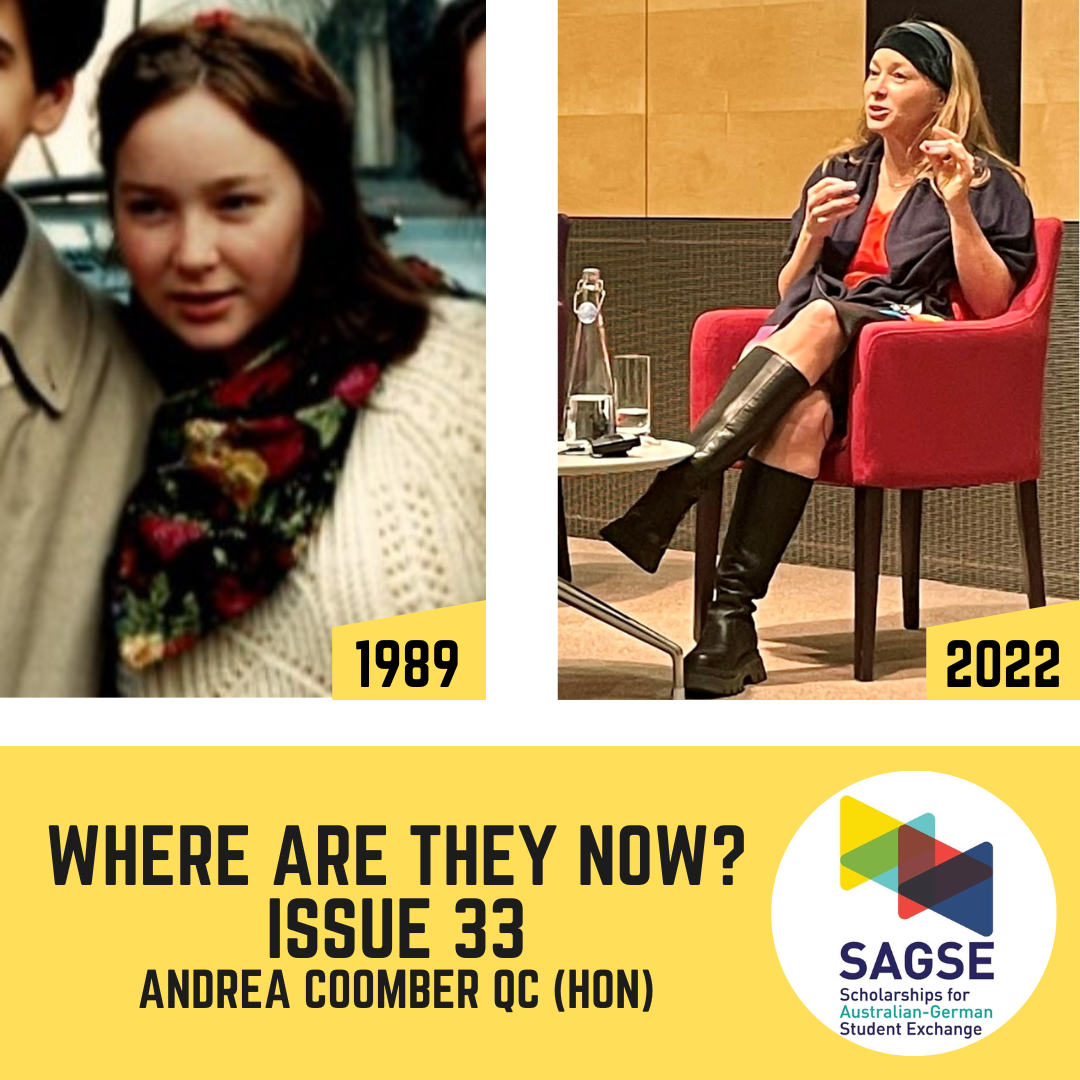 A Look at our Past, Present and Future

This month's article comes to you from London. Andrea was one of the WA stipis of 1989, thus she was on exchange with Bike Man Dan. Andrea was in Berlin for David Hasselhoff in the crane singing 'I've been dreaming of freedom'... and still has pieces of the wall in her mum's house back in Australia. After her exchange in Wuppertal, Andrea returned to Perth to study Law, a journey which took her to London, India, Switzerland and Egypt. Since last November, Andrea has been the Chief Executive of the Howard League for Penal Reform, the world’s oldest prison charity. For the last few years, Andrea has also worked as a member of the House of Lords Conduct Committee, and in 2022 she was made Queen’s Counsel Honoris Causa for making a major contribution to and impact on the development of law in England and Wales.

Wuppertal was a town obsessed with a circus elephant called Tuffi, who in 1950 fell from the Wuppertal Schwebebahn (upside town train) into the River Wupper, and survived. She’s a hero and I shared my bedroom with 362 toy and trinket elephants. I was lucky enough to have Matthew Fishburn at Carl Duisberg Gymnasium, who was great fun and whose German was a lot better than mine. We travelled around a lot – eating baguettes with a jar of jam on the streets of Paris when the restaurants were too pricey – and had a great time meeting up in Jesterberg with the other exchange students.

Travelling around Europe with Matt set the stage for years of travelling for my career. After qualifying as a lawyer in Perth, I moved to India, then Geneva and then Egypt working as an international human rights lawyer focused on civil and political rights. In 2002, I settled in London working for an organisation that specialised in strategic regional human rights litigation from Eastern Europe and former Soviet Union countries and African nations, which I did for 11 years.

From 2013, I was the Director of JUSTICE, a 60 year old law reform organisation focused on procedural justice in the UK; and since last November I have been the Chief Executive of the Howard League for Penal Reform, the world’s oldest prison charity. For the last few years, I have also worked as a member of the House of Lords Conduct Committee.

I have little doubt that my exchange built my confidence, particularly around travel which has served me well. The most lasting impact has been that one of the other SAGSE students from Perth, Mark Tewfik, who has been a close and dear friend to me and my family for the last 30 years. He lives around the corner from me in London, frequently coming by to hang out with my son and to show me up on the BBQ.