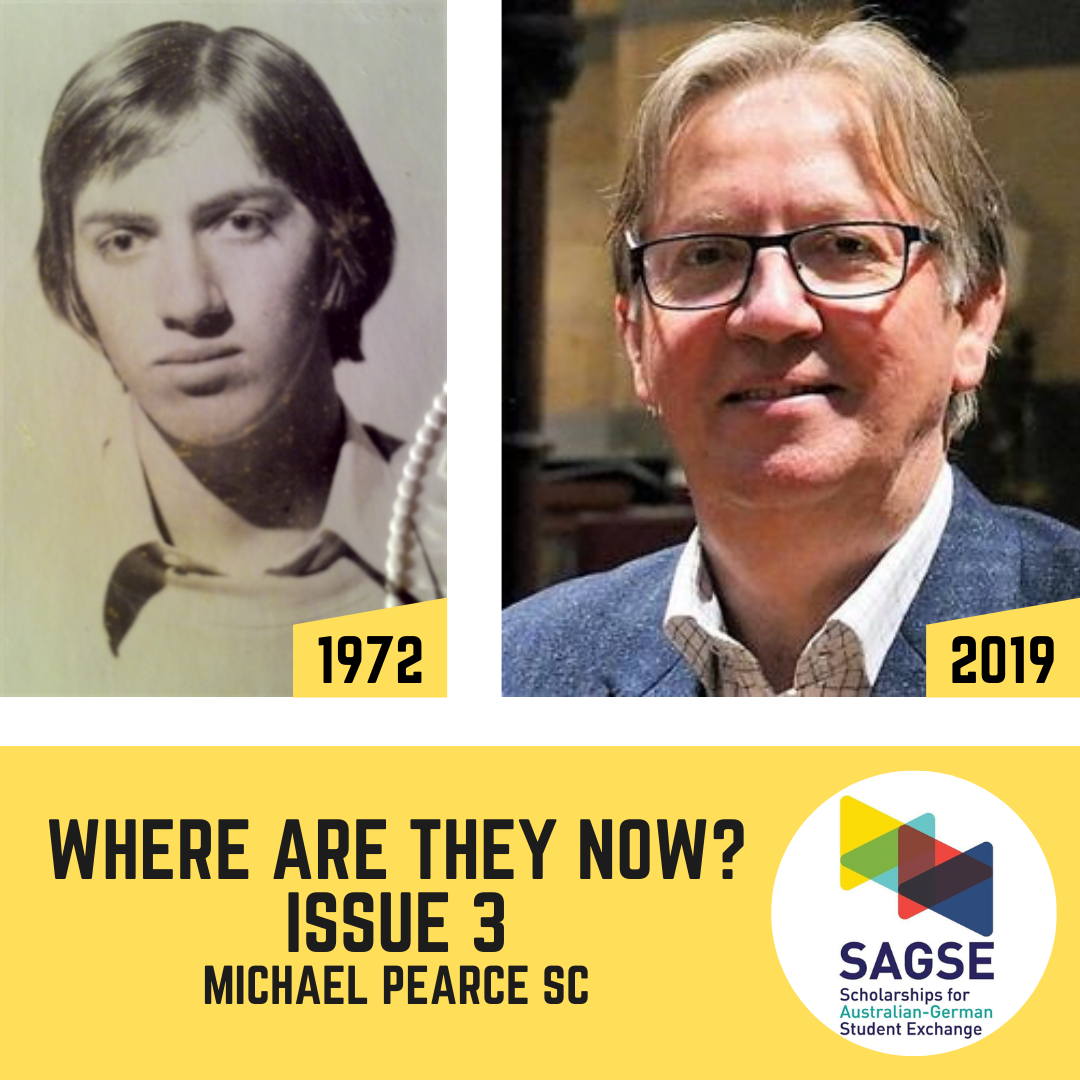 As the 12 Victorian recipients of 2019 are settled in over in Germany, trying to keep warm as they visit Christmas markets, we continue to take a look at what has become of some of our many hundreds of Aussie GASSies from the past 52 years. Today we look at one of our own, SAGSE Committee member Mr Michael Pearce SC.

When Michael went on his exchange Willy Brandt was German Chancellor. It was a very different Germany and Europe to the one our current stipis are experiencing.

The Interview with Michael:

From which school: Melbourne Grammar School

A memory / anecdote from your exchange: It was the first big adventure of my life.

Studies on return from exchange: Arts/Law

Career path since then: Law

What are you doing now? Barrister; Honorary Consul-General for Germany

How did the SAGSE exchange experience influence your life's journey, directly or indirectly? After practising law for a couple of years after graduation I returned to Germany to study international law post-grad, eventually returning again to Australia and the law. Some years later I got involved again in SAGSE as a committee member, as a result of which I got to know the last German Consul General in Victoria, Dr Anne Marie Schleich. One of Dr Schleich's last functions was to identify someone to become the Honorary Consul and this led to me taking up that post in 2012.

Further comments: My life long interest in Germany has been immensely rewarding. It has added a breadth and variety to my life experiences which has balanced my narrow occupation as a lawyer. Germany has been at the centre of pretty much all the big issues in the modern world and has supplied a valuable prism through which to view them and an environment in which to explore them. And then there is Berliner Kindl Pils!