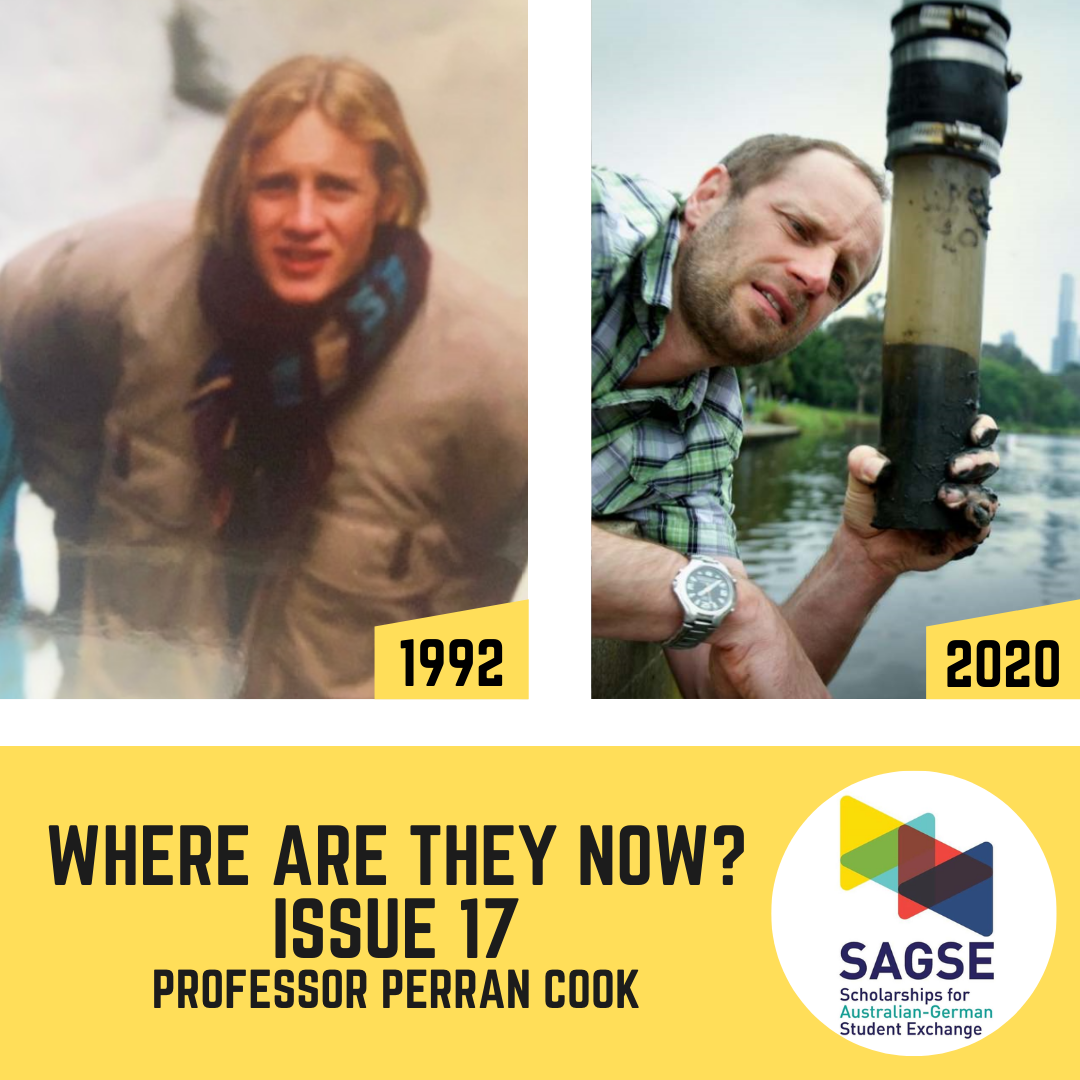 This months our series of 'Where are they now?' continues with Perran Cook, who grew up in the beautiful Gippsland town of Metung and went to school in nearby Bairnsdale. Nowadays he is a Professor in the school of Chemistry at Monash University.

Have a look at Perran's work.

A memory / anecdote from your exchange:
-4 C and sunny, ground frozen, first light at 8:30 am.  Staying in hostels in old East Berlin, 16 year olds allowed on the beers, what could possibly go wrong?

Career path since then:
Post doctoral research at Max Planck Institute For Marine Microbiology, Bremen 2002-2005
I was lucky to land a job doing research and helping coordinate an EU funded project on the geochemistry of sands. This took me to some great places for field work, like the Island of Sylt in Northern Germany.  During this time I co-supervised a PhD student who went to the same Gymnasium I did on exchange and was taught by my host parents!

After a short stint at CSIRO in 2006, I landed an academic position at Monash University in 2007.

What are you doing now?
I am currently a Professor in the School of Chemistry at Monash University. My area of teaching and research is environmental chemistry. One of my key areas of research is in the plant nutrient nitrogen and phosphorus and how they contribute to algal blooms.

How the SAGSE exchange experience influenced your life's journey:
My post doctoral time in Germany was greatly enhanced by my ability to speak German and connection to culture. I made some great and enduring connections there that have helped my subsequent career and personal journey immensely.