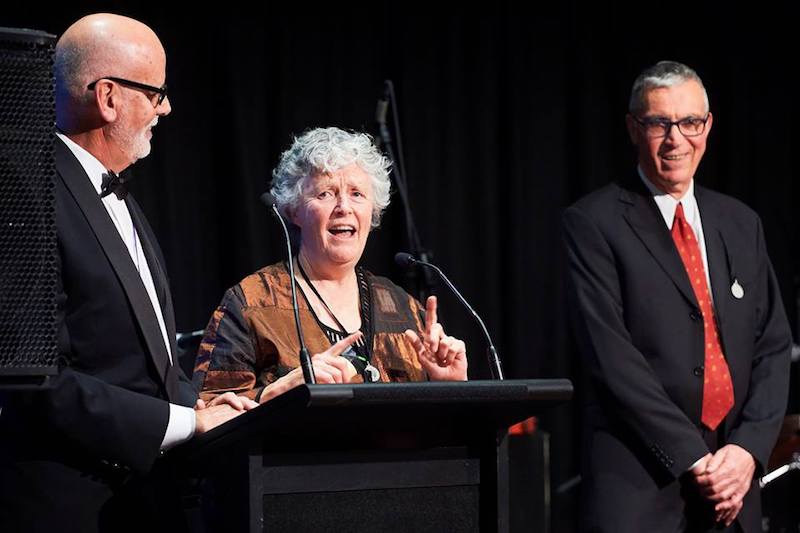 Andrew Holden, co-MC of the 2017 Gala Dinner at the MCG interviews two of the 1968 recipients, Christine Carolan and Michael Little on the evening. Michael provides an insightful account of his time in Germany and his memories of the SAGSE founder, Fritz von Einem Joosten.

I am 66 years old now, but I still think that the most exciting day of my life was the day in 1968 when I received a letter from Fritz von Einem Joosten telling me that I had been awarded a SAGSE scholarship to spend nearly three months in Germany. A few moments after I opened the letter my German teacher turned up with his copy of it, and I knew that this was really going to happen!

The scholarship opened the door to Germany, a country I knew of through my lessons and TV but didn't have any realistic idea about. Even getting there was an adventure ‚– planes in those days stopped in several places on the way, and we had a couple of days in Bangkok and Rome going to Germany, and in Athens coming home.

In Germany I was able to experience so many new things. Snow, for example. Christmas lights outside people's houses, not just inside the way they were in Australia at that time. Different kinds of food, all new and delicious. A school skiing trip to South Tyrol. It was new for me to be treated like an adult at school the way Abitur students in Germany were. I've been to Germany many times since, but the sights and learnings of that first trip are the ones that have stayed with me most strongly.

None of this could have happened for me or any of the hundreds of Australian students whom SAGSE has sent to Germany since without the vision, courage and determination of Fritz von Einem Joosten. He was a businessman who had come to Australia after witnessing and suffering personally from the horrors of World War 2. Fritz had a deep faith in young people and their ability to build a new and peaceful world free of the animosities of the past. Bringing together the young people of his old and new countries was the best way to help ensure that conflicts like World War 2 could not happen again. And so the SAGSE vision was born.

Not everything in that first year worked perfectly. It was a bold experiment to put a bold vision into practice. Fritz and all the people who have worked to fulfil his vision in the years since the founding of SAGSE in 1967 have made sure that the scholarship scheme gets better every year. In my case, the scholarship helped me to be more open to new and different things, more aware of the need for real understanding and friendship between nations, and more interested in Germany, the German language and everything connected with them. I look forward to many more generations of young Australians going to Germany, and young Germans coming here, giving effect to Fritz von Einem Joosten's vison from so many years ago. A vision we still need today.