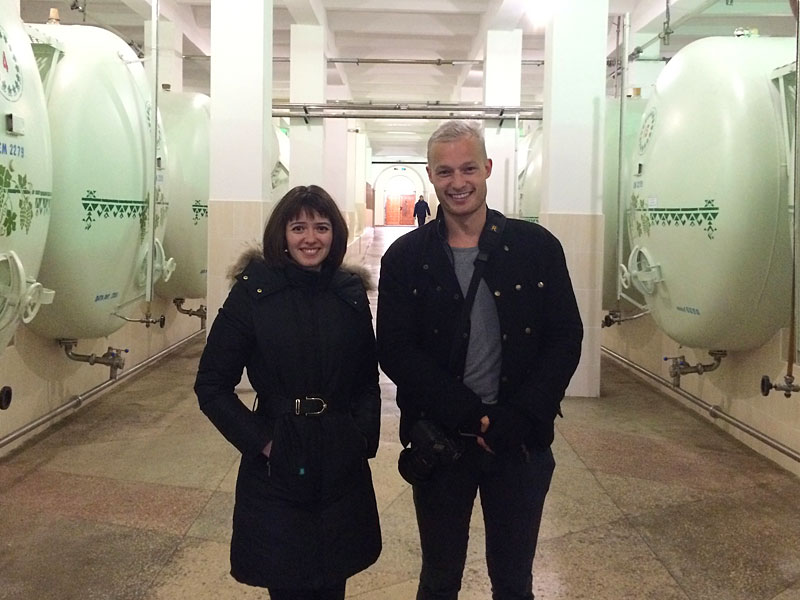 Cognac, Cryllic and Krokodilen: An unexpected benefit of SAGSE Exchange

As a 2002-2003 SAGSE Scholarship Winner (Allianz), my days as a “Gassie” are numbered, and I am now almost certainly an OLGAss (old GASSie) or more formally, a member of the SAGSE Alumni. Such a transition, however, does not dampen the endless quest for unique opportunities for cross-cultural and cross-lingual collaboration that are so pivotal to the SAGSE Scholarship Exchange Program.

My penchant for photography, exploration, and complex rail timetables has in recent years extended well beyond my Nuremberg-Munich-Obersdorf route during Independent Travel, having so far covered Belarus, Ukraine, Georgia, Armenia, and Kazahkstan. A recent self-set geographic challenge however proved my German Language skills to be of fortuitous utility!

Transnistria, or locally, ‘Pridnestrovia’ is an autonomous region within Moldova, occupying a sliver of land along their Ukraine border. Locals defend their status as a republic since the Transnistria War in 1992, in which 600 were killed. While maintaining border crossings, their own visa system, and a local currency, the region is not recognized by Moldova, nor any UN member. After disembarking the local minibus that took me to the non-recognised border crossing with nothing other than a tourist’s naivety, my passport, and an appropriate selection of US currency should ‘negotiation’ be required, I passed unscathed into this misunderstood territory.

My guide met me at my hotel (not difficult, as I was the only guest staying), and sorted out my visa extension. After a few strained English sentences, I stumbled upon an odd fact: My guide had actually studied German at the local university. This linguistic common ground was to stand me in good stead as we arrived at the Kvint Cognac Factory: Transnistria’s largest employer, and only profitable export. My factory hostess Anja’s English was also limited: ‘kein Problem!” exclaimed my guide, setting the scene for the elaborate international interplay that was to mark the afternoon’s proceedings.

Previous scholarship winners will appreciate the ability of a social drink to assist in one’s (perceived) grasp of a foreign language. This tour was no different; save the “German” and “Glühwein” combination of an exchange long past, was now a complex Vermischung of German, Russian, English, and increasingly aged blends of Cognac. The hostess even arranged a WiFi connection for me, so that Google Translate may augment this linguistic and culinary buffet.

My basic German had proved useful yet again, and also allowed me to further my Russian. My tour guideeven  invited me home for dinner, asking me to pick up his four year old, Julia, from childcare on the route home. From my earliest years of German I remember ‘pets’ and ‘foods’ as vocabulary stalwarts: My guide and his wife looked on with hilarity as Julia and I (along with some picture books) worked our way from DOG to Zebra.

This experience however does have a serious side. Official signs in Transnistria are in three languages: Russian (the speaking language of choice), Ukrainian (just across the border), and Moldovan. The Moldovan here, however, is a little different – it is written in the Cyrillic character set, a policy enforced thoughout Moldova while it lay behind the Iron Curtain.  The Moldovan language itself is linguistically similar to Romanian, a country that culturally most Moldovans feel far more closely aligned with. Moldova itself moved back to the Latin alphabet after the fall of the Soviet Union. It is worthy of note that as part of the 2014 power struggle in Ukraine, opposing parties sparred and passed bills with regard to the official character set Ukrainian should use – whether it was to remain using Cyrillic (like Russia), or move to Latin (like the European Union).  This highlights the subtle power that language plays, whether it be for expressing a culture, or controlling a population.

Political postulation aside, Transnistria was one of the most unique and rewarding destinations I have visited. The border was not nearly as difficult as first suspected (though this can change from time to time) and the Kvint Cognac Factory provides behind the scenes access followed by a tasting buffet that rivals any of the large French Houses. This is also an area of Europe whose economy benefits greatly from tourism. I would encourage the intrepid amongst you, to plan a journey!

(The Purists will note that the beverage cannot be officially called ‘Cognac’, reserved for those drops produced under Appellation control in the town of Cognac, France: The Distillery acknowledges this fact, and then proceed to completely ignore it, muttering something about the 'cheapness’ of the word's 'brandy’.)