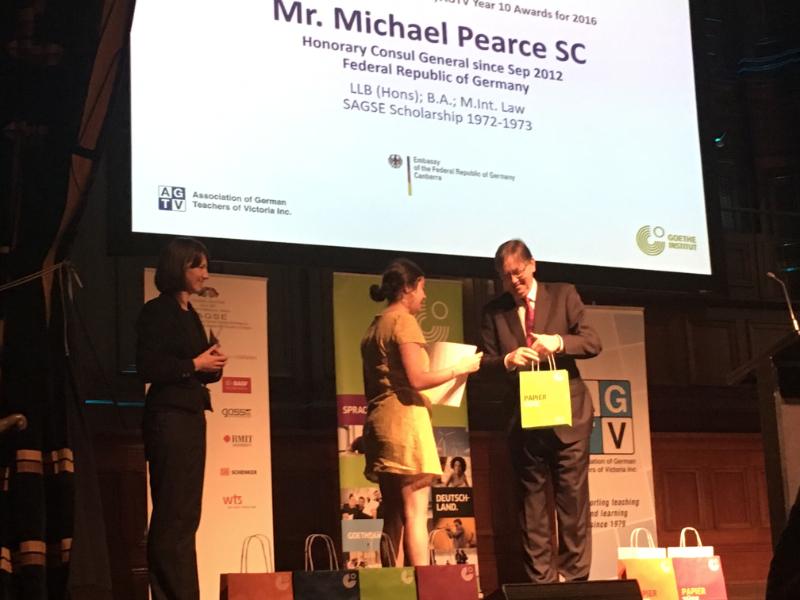 The German Day Out at Melbourne City Town Hall organised by the Goethe Institut and the Association of German Teachers of Victoria (AGTV) again was a great success.  Hundreds of school students who study German in school learned about the many opportunities that learning the language provides.